We’ve been a bit lazy with the blog lately, but we have now arrived in South America, Colombia to be exact and have been here for nearly 2 weeks! It’s an beautiful country with very friendly people and contrasting landscapes. More of that to follow but I’m going to blog about our time in Miami now!

Our last stop in the USA was Miami, Florida. It wasn’t originally on our itinerary but there are a lot of flights to Colombia from there. I’m really glad we did because it’s is a beautiful place. Miami got a bad rep in the 80s and 90s because of all the cocaine that flooded into America through here from Cuba and South America. Films like Scarface tell this story and at one stage it was the murder capital of the US. It is much safer now and is definitely a great beach holiday destination. It’s very laid back and has a real influence of Latin America, with signs in both English & Spanish and you’re as likely to hear Spanish spoken on the street as English. The temperature is in the 30s most of the year and it’s very humid, a notable increase from the west coast of the US.Watch Full Movie Online Streaming Online and Download

We arrived from LA via Dallas and got the airport bus to the South beach area of the city. While waiting for the bus we met a guy who had just flown in from New York for work. His work entailed getting a lump sum of money from his clients and ‘investing’ it at the poker table. He claimed he could count cards and never lost but had to wear different disguises in the casinos so that he wasn’t found out. It was confirmed he was off his rocker when he showed us photos on his phone of him and his mates with hundred of dollars and said he once worked with Whitey Bulger! He didn’t ask us to invest because he knew we would of told him where to go, chancer! If he was making loads of money, why was he getting the bus?He seemed normal when we stared taking to him but you never know who are the crazies in America!

We stayed in a great apartment just off South Beach. The buildings were all really cool, done in Art Deco style and painted in colourful pastels. We rented bikes and explored the peninsula which stretches for about 5km of beaches and seems to be the main area of business and entertainment in Miami. We got in for swim in the sea which was really warm. It’s definitely a beach to be seen with lots of girls posing on the shore and getting their friend to take tasteful photos!!

We ventured over to Downtown Miami on Friday but there really was not much to do there, it’s mainly office buildings and a few local shops but there is a monorail that brings you to different parts of the city including Wynwood which contained the Wynwood Walls. The Wynwood Walls was conceived in 2009 as a way to attract visitors to the warehouse district of Wynwood by creating a park of graffiti and street art with over 50 artists representing 16 countries and covering over 80,000 square feet of walls. It was well worth a visit to see this outdoor art gallery.

Our last full day in the US was Halloween and while we didn’t have costumes prepared this year we were up for a party! There were lots of parties being organised by the hotels along ocean drive, the main strip. There was djs set up at poolsides, the main shopping area was closed off and decorated with large demon inflatables and lots of adults and kids were roaming about trick or treating.

We did a pub crawl around Ocean drive and visited some great bars and clubs including an Irish one and finished with pizza at 3 in the morning chatting to two Australians who had just travelled by car from Los Angeles to Miami over 2 weeks. A great way to around off our time in the USA!
Our flight to Bogota was in the late afternoon so we had time to recover! The flight took 3 and a half hours and was in the same time zone as Miami which is 5 hours behind Ireland so we didn’t have much adjustment but the weather in Bogota is much cooler and wetter than Miami so it was time to pack away the shorts and thirsts for a while! 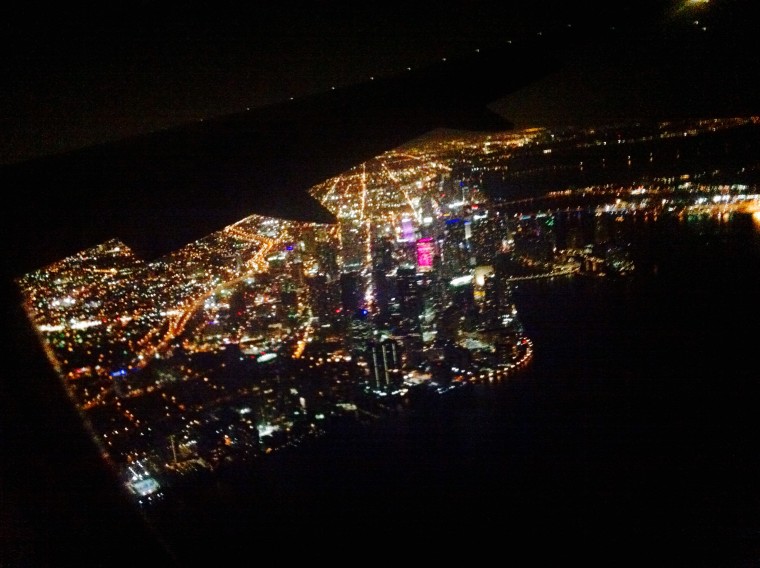 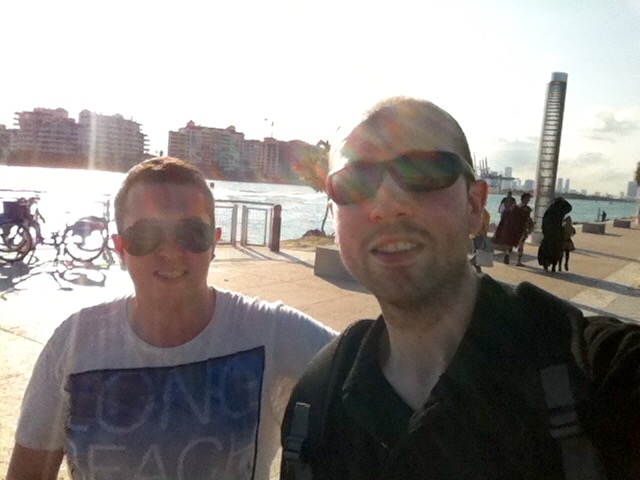 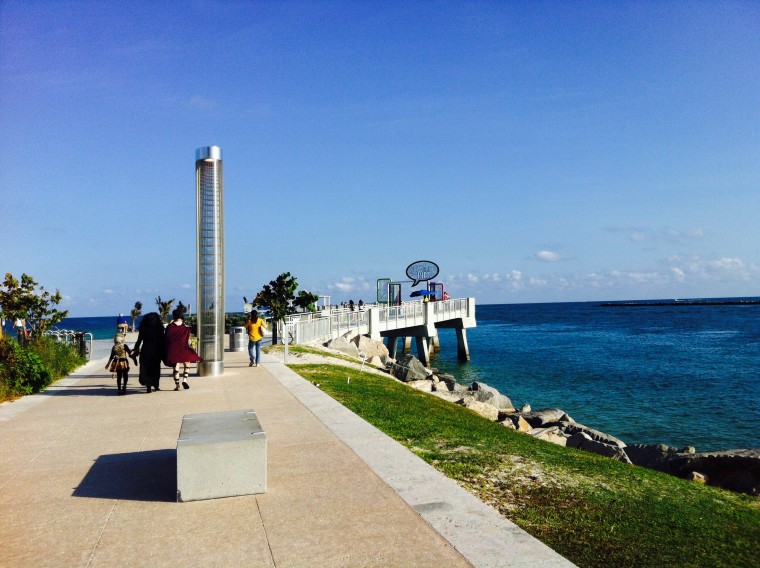 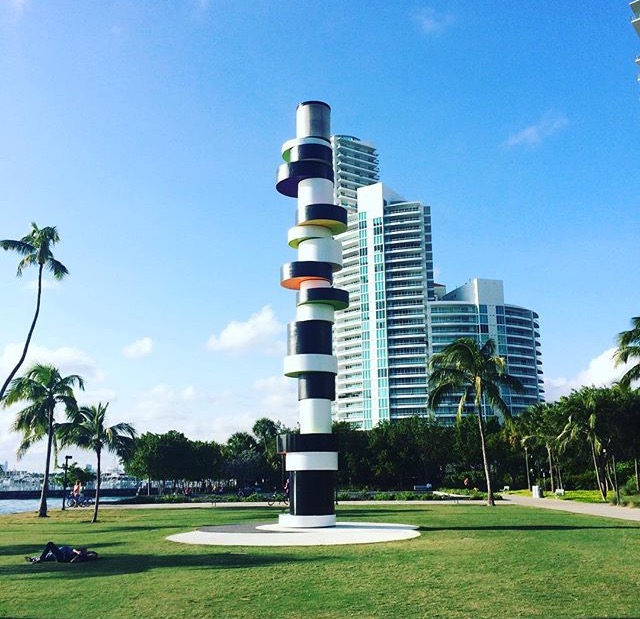 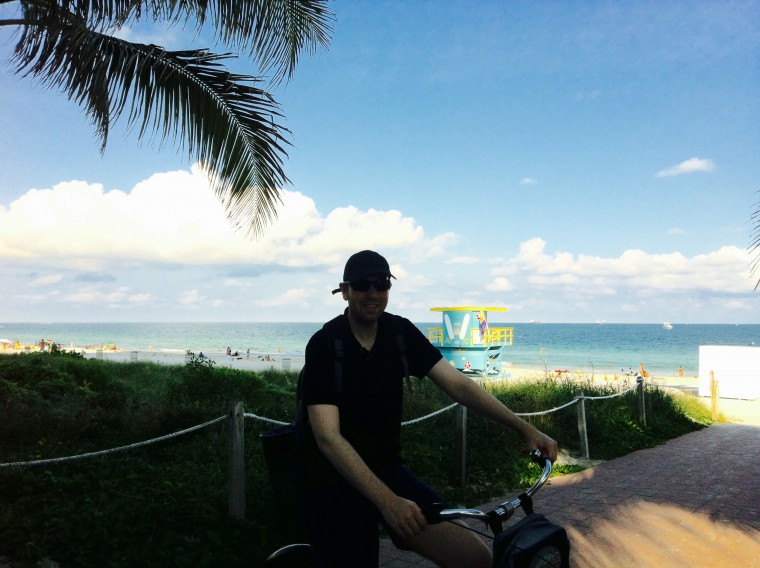 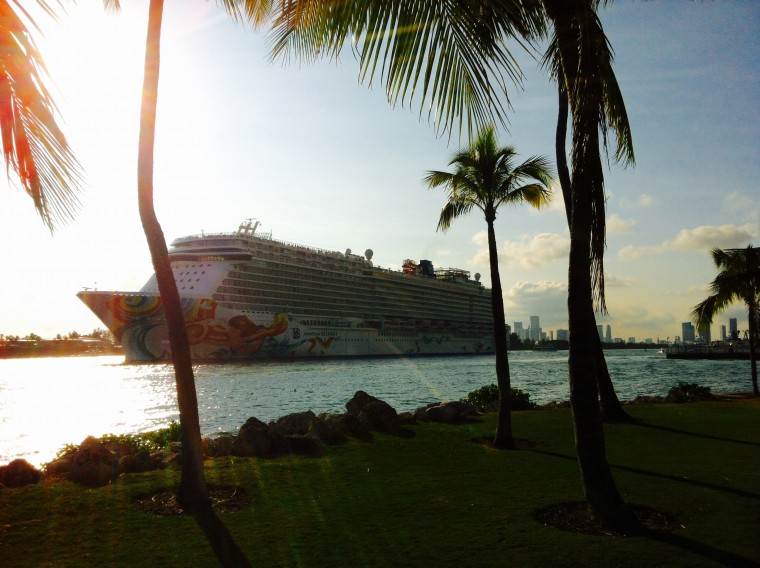 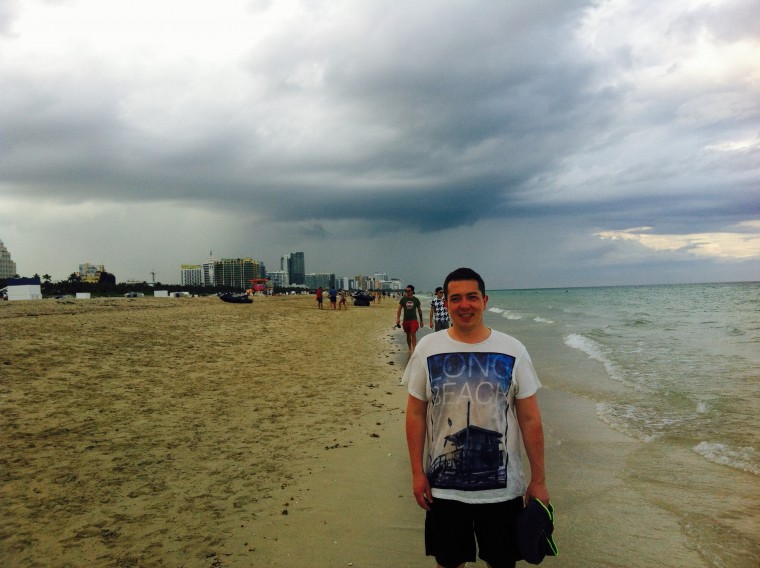 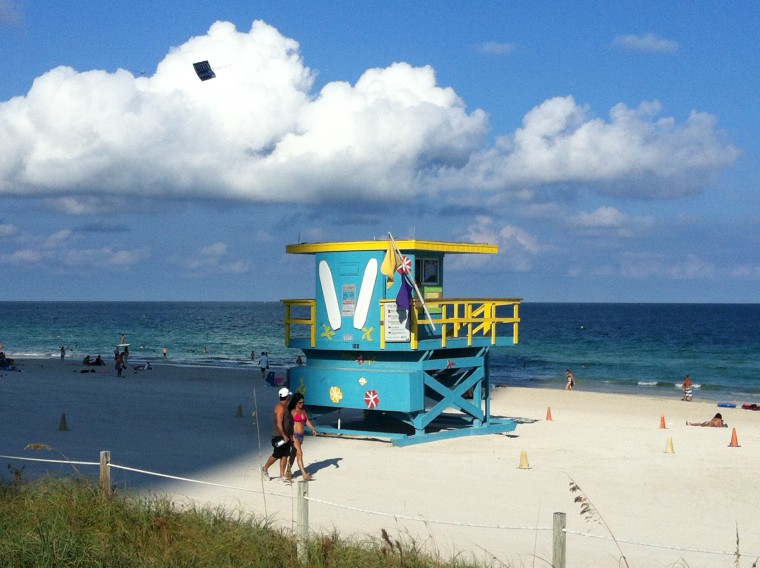 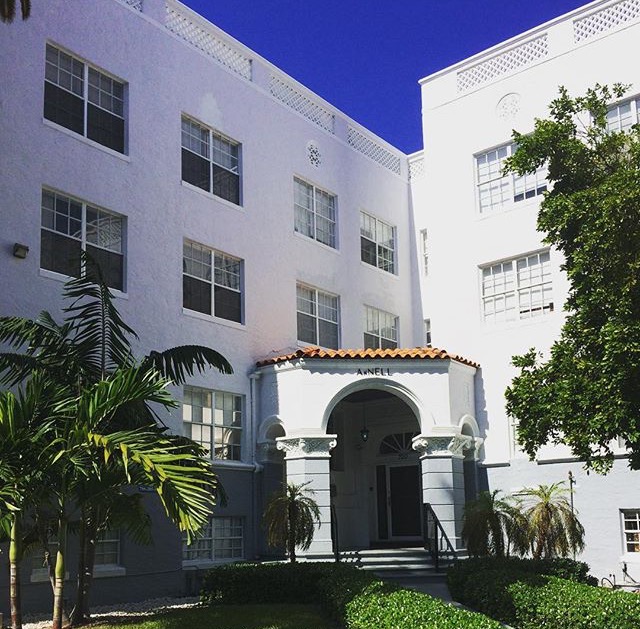 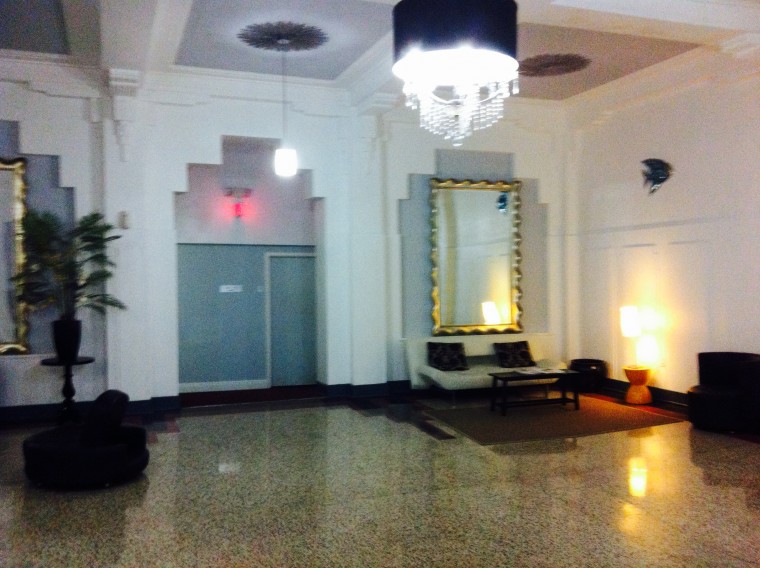 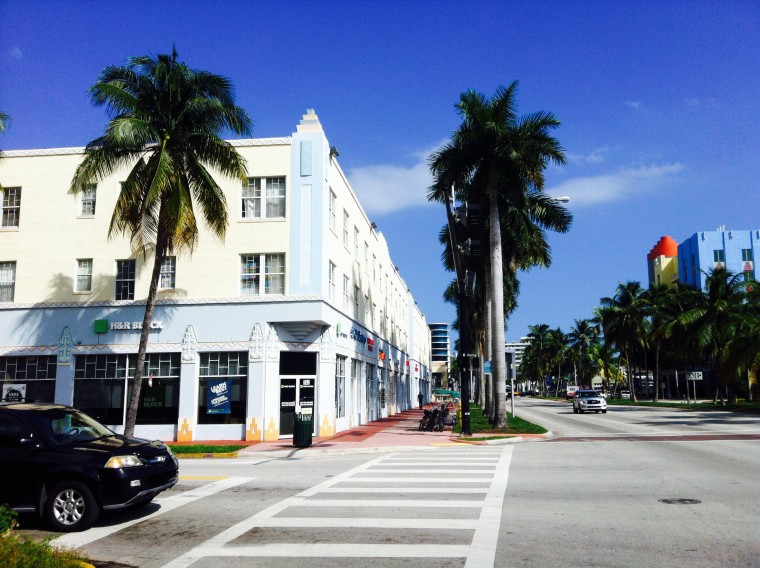 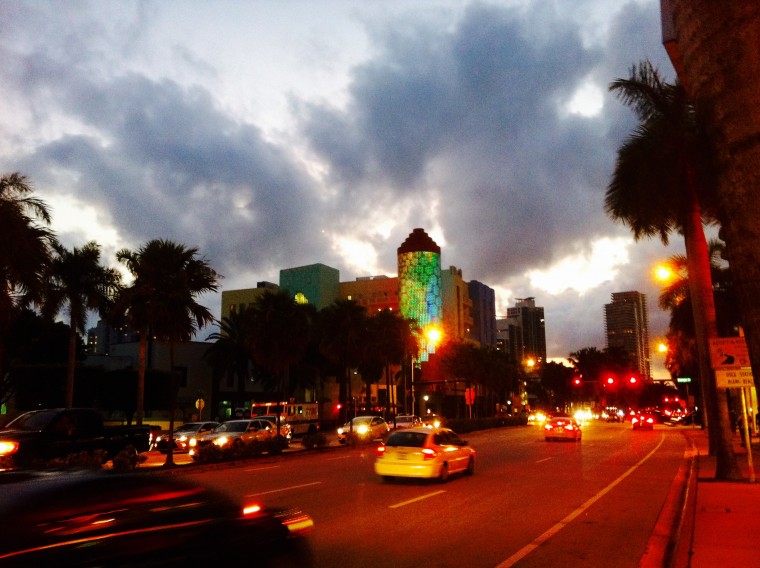 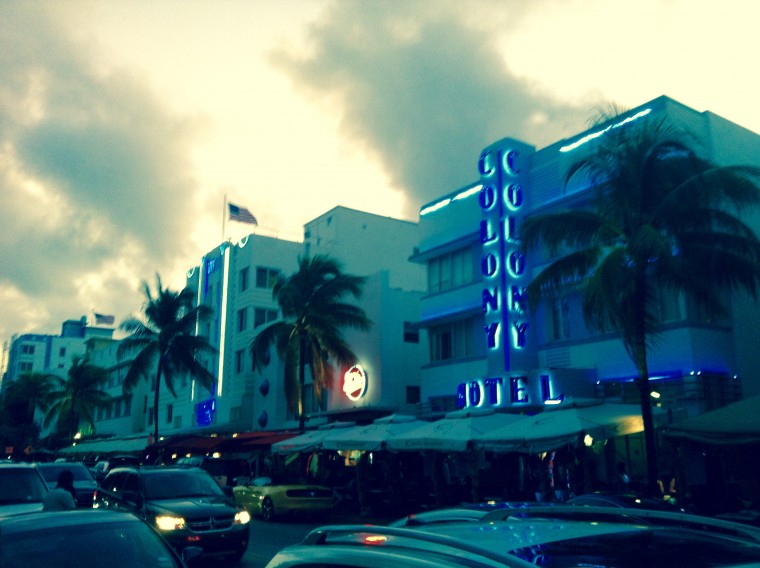 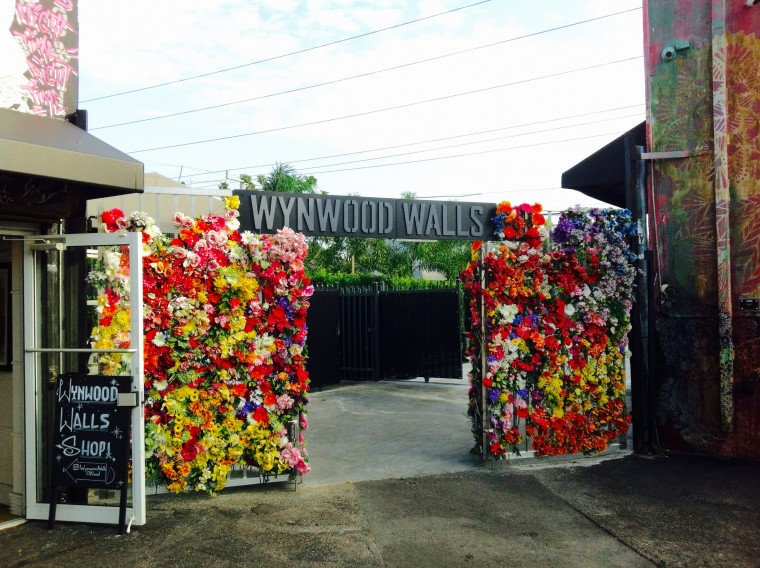 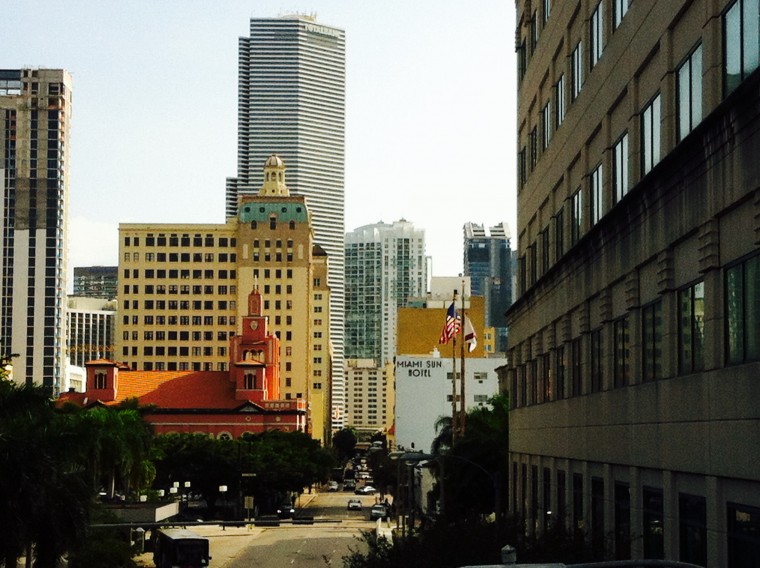 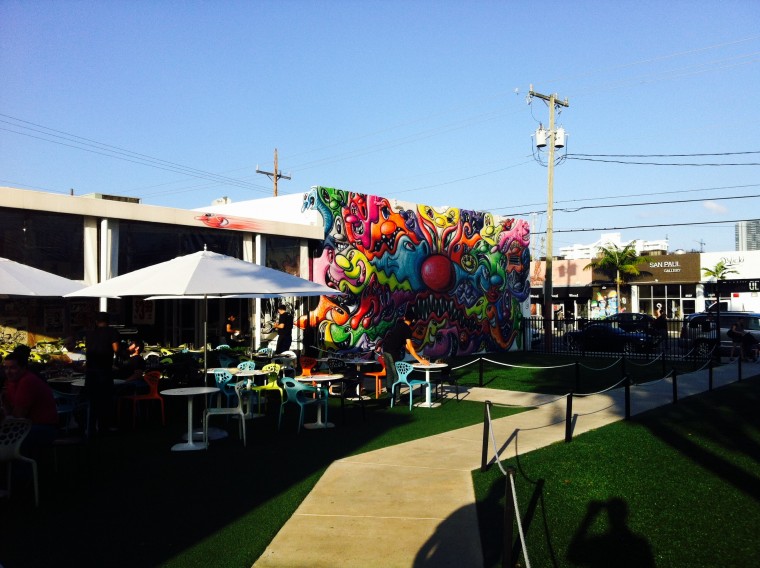 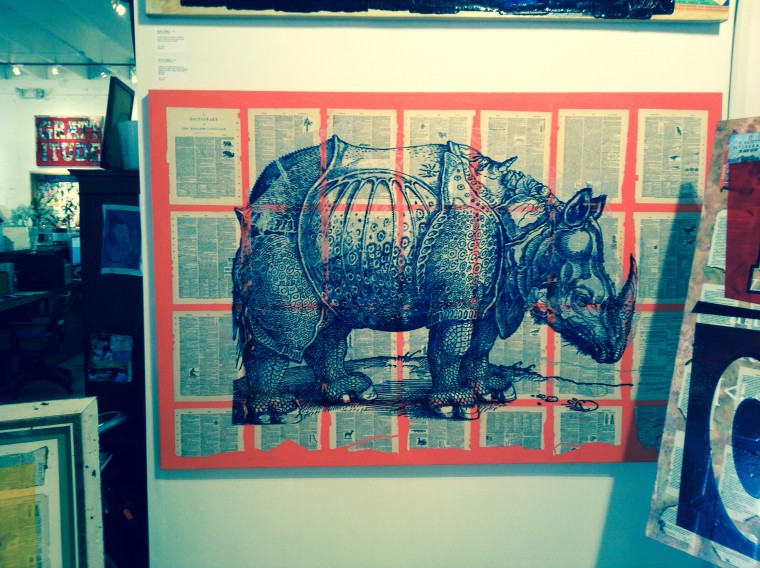 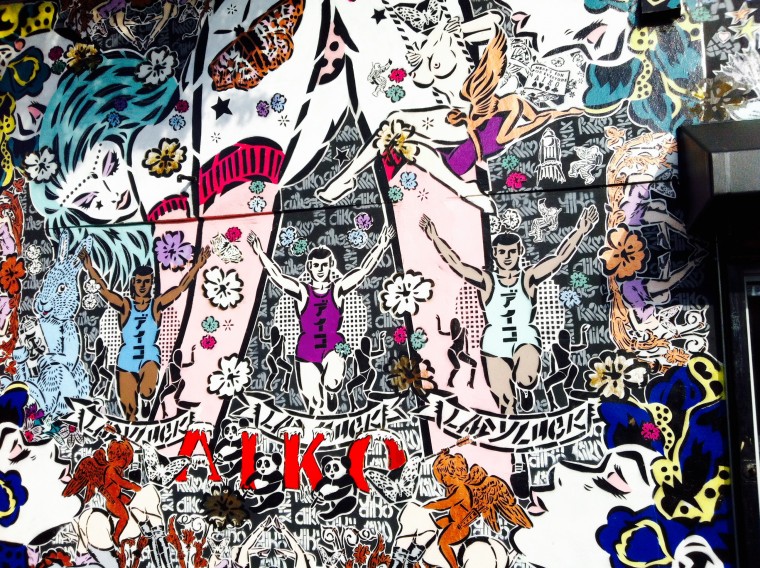 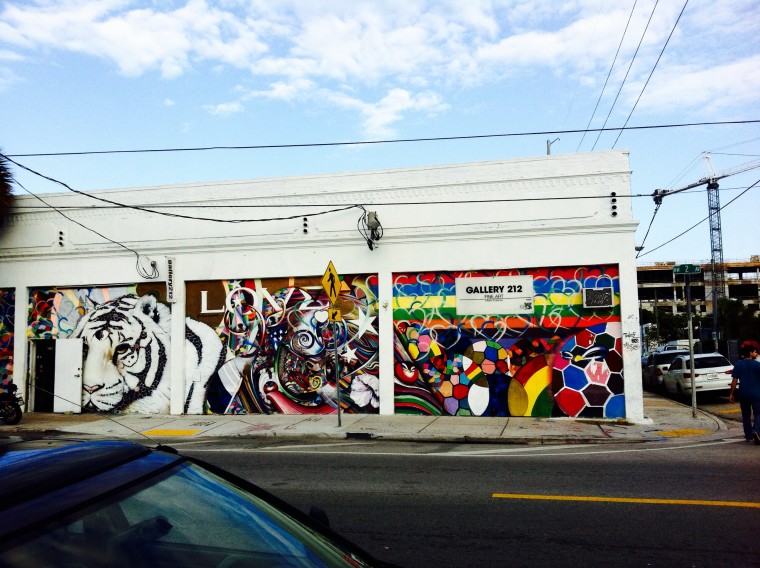 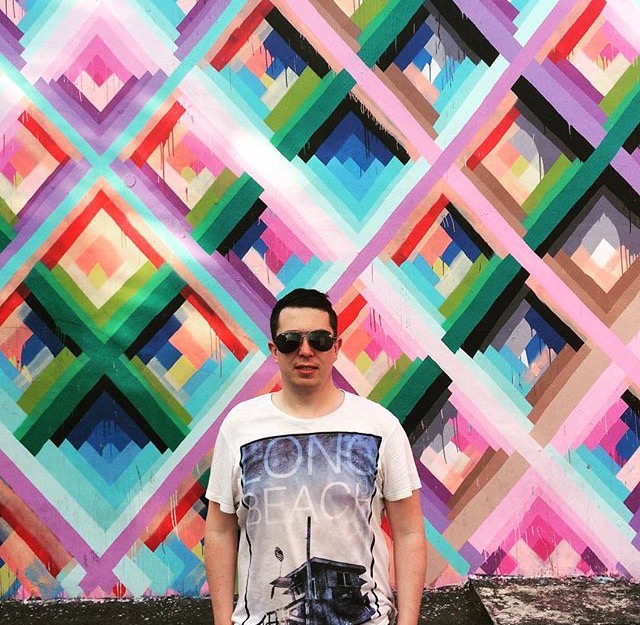 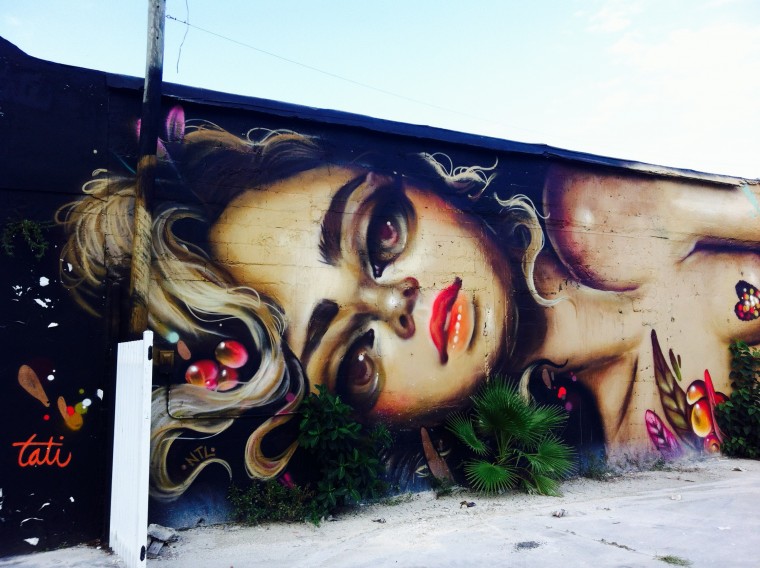 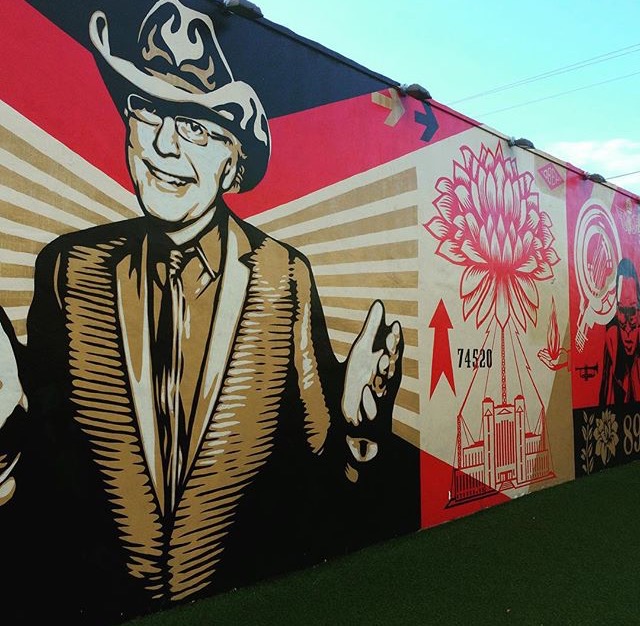 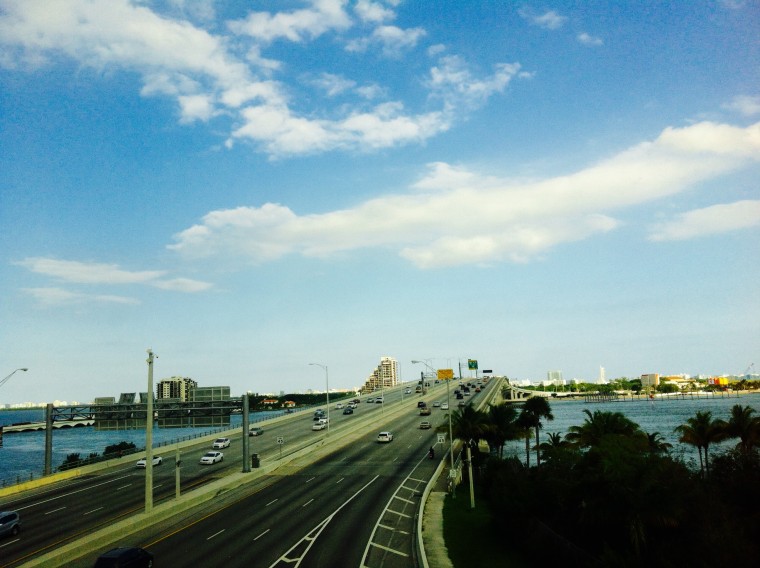 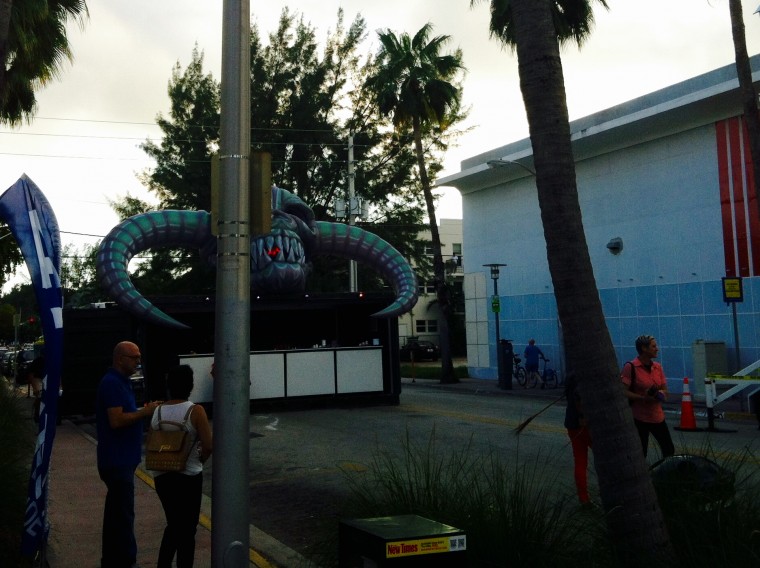 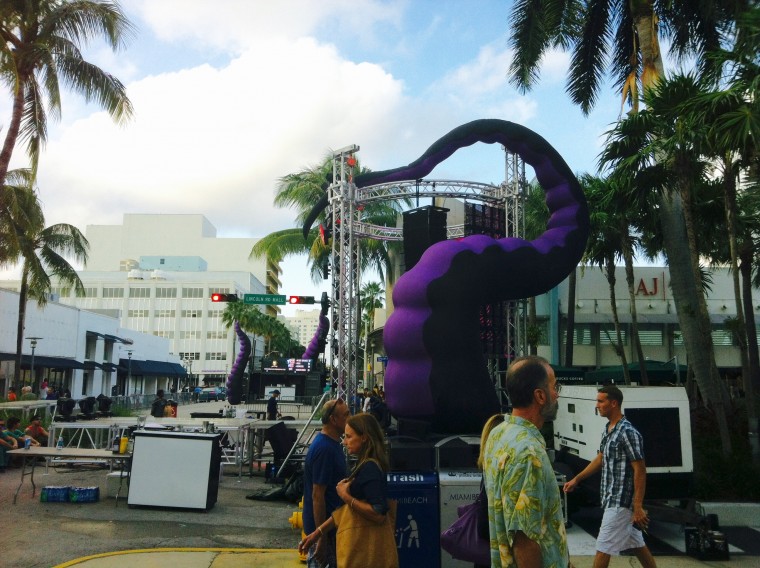 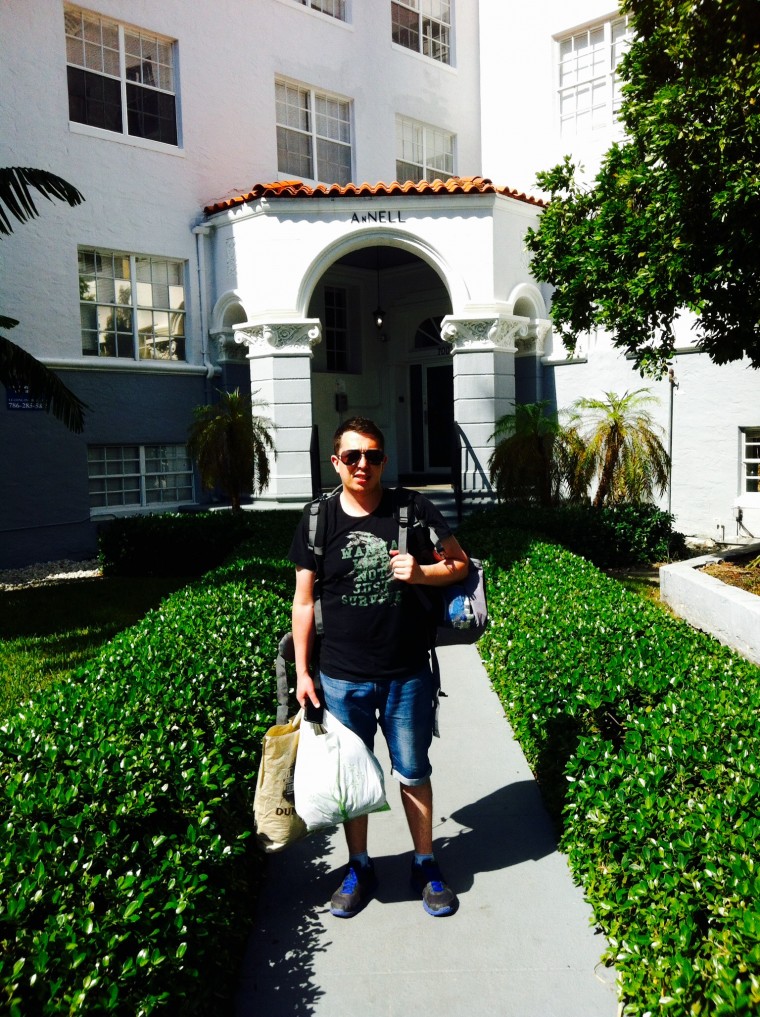 2 thoughts on “Welcome to Miami”